My husband and I wanted to take a little holiday with Amelia (now 10 months old), but couldn’t face going abroad with all the baby kit, so we opted for South East Cornwall instead (praying for the hot weather to continue). We had been recommended a holiday company called Forest Holidays, who have locations all over the UK.

Having already been to a Center Parcs, we wondered if it would be much the same, but this was altogether a very different experience, as you will see from my review. 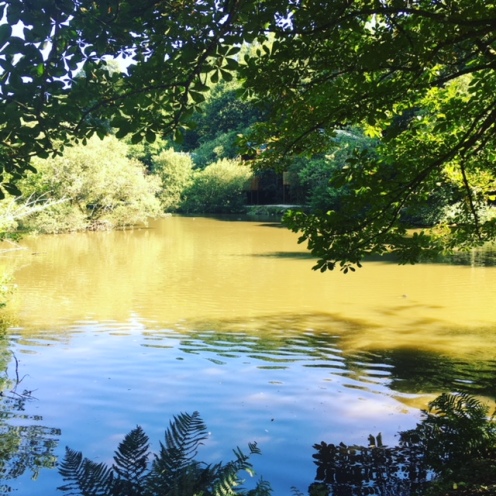 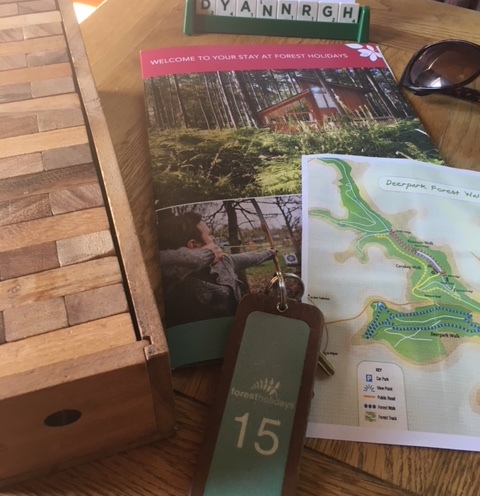 After quite a long journey, with lots of stops (on account of Amelia’s car sickness) we arrived at Deer Park. As soon as we arrived and drove down the long forest driveway we knew we were in for something special. We felt like we were in the middle of nowhere (and the phone signal told us the same story). We arrived at the reception a good hour before we were due to check in, but thankfully the staff were great and allowed us to go straight into our cabin. This meant we could feed Amelia and get settled before her bedtime. We were allowed to drive straight to our cabin and park outside. This really does make a difference with a baby – and if you have been to Center Parcs – you will know that you have to park in a massive car park a long walk away from the cabin. This was so much easier. Our cabin (number 15) was nice, very rustic, but with all the mod cons (fully fitted kitchen etc). Best of all it had a hot tub and BBQ on the decking area outside which was close enough range for a baby monitor. Sweet!!

We had booked a two bedroom cabin so that Amelia could have her own room and we were upstairs in the master with en-suite. The cabin had a bathroom downstairs too, with a bath, again another key bit of kit if you have a baby.

That evening, and because I wasn’t organised enough to sort dinner for our first night after the car journey down, we decided to pop down to the hub. The hub is a store and restaurant on location which sells some basics like milk and eggs, but also some luxuries like prosecco and chocolates. There we purchased one of their Cook meals. I have banged on about Cook before on the blog, but if you don’t know them they are frozen pre-prepared meals which are both tasty and actually healthy. They were a godsend when Amelia was born.

That night we sat out on the deck and had lasagna in our bath robes with a glass of fizz. Lovely!

Day one we were invited to Forest Holiday’s weekly duck race. This is where some crazy game keeper throws in a load of ducks at the top of the river and you all follow them down on foot with two big dogs herding the ducks the whole way down – it was mad but fun and Amelia seemed to like all the kids screaming and colourful ducks. I recon, give her a year, and that would have been the high light of her trip. 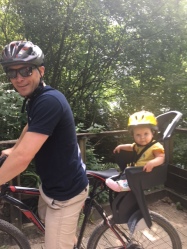 We followed this with our first trip out as a family of three on some bikes around the forest. The bikes were pre- booked, so were all set up for us when we arrived and the baby seat seemed in good condition. After struggling to get a helmet on Amelia (such a mission), we all took off deep into the forest. It was pretty idyllic and nature was all around us… so much so that a deer nearly ran straight into James and Amelia on the bike.

That afternoon we went down to the beach in Looe and took in the rays. If you haven’t taken a baby or toddler to the beach yet then I cannot prepare you for the amount of sand they seem to get on them. It’s ridiculous. Amelia had it everywhere and I am still finding bits in her ears now five days later. It’s a messy activity for sure, but lots of fun. Thank god we took the paddling pool to rinse her down on the decking when we got back before bath time, else I am sure we would have clogged up their system with half the beach down the plughole. 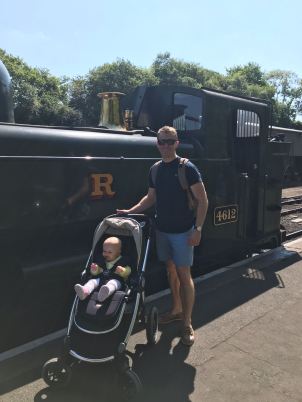 The second day we went off on the Bodmin and Wenford railway. I also have a little gig writing blog reviews for UK family attractions at Lets Go With the Children so it seemed like a good idea to go and suss it out. It was a fun little day out and Amelia really enjoyed the stream train. That afternoon we hot footed it over to another beach side town called Polperro, where a nasty seagull decided to take a swipe at me and my pasty. I was not impressed! The town however was very quaint and, whilst you cannot drive through it, it’s a nice little walk down some very thin cobbled streets to the harbor.

Each night we enjoyed making the most of the cabin’s facilities, especially our hot tub and the BBQ. There is nothing better than seeing the baby monitor on the table in front of you whilst you enjoy a glass of something cold and fizzy in the hot tub. Awesome!

The other thing we made use of was the in-cabin dining experience. We opted for the curry on our last night, which got delivered to us, with beers might I add, on the back of a quad bike. It felt so nice to have dinner delivered to your door in the forest and even better that I didn’t need to think about cooking. Sure it’s a bit of a luxury and the price reflects that, but it was so worth it. 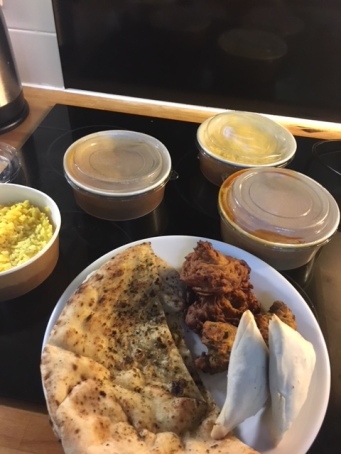 I think my favourite thing about the whole trip was just how much we felt like we were in the middle of nowhere and right in nature. There were ducks, geese and fish in the lake right outside our cabin, as well as all the dragonflies and other wildlife in the forest. It also just felt very peaceful. Whilst we knew plenty of people were staying in the other cabins (as we saw them at the hub) we just didn’t really come across other people whilst out walking or hear them in our cabin.

I guess if I had to change anything it would be this; there were no sun loungers on the decking and it really could have benefited from somewhere comfortable to sit and relax outside aside from the picnic table. Given the amazing weather we were having last week, a place to sit under the shaded tree canopy and read would have been bliss. Other than that you can’t really fault the place and it does what it says on the tin; quality time together in a woodland cabin.

Things to note if you are going to Deer Park Forest holidays with a baby/ toddler:

So if you fancy a short break, want to feel renewed, or you are looking for a rural retreat, then I would definitely recommend a trip to Forest Holidays to connect with nature. We will certainly be back. 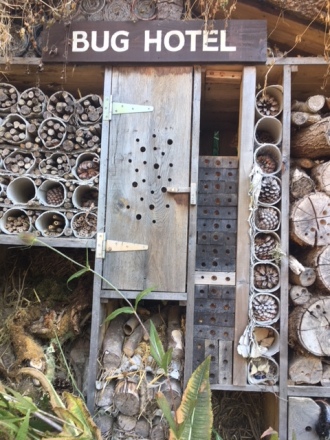 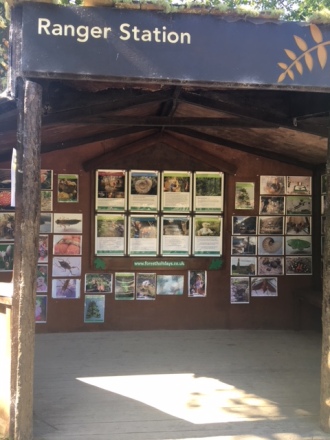 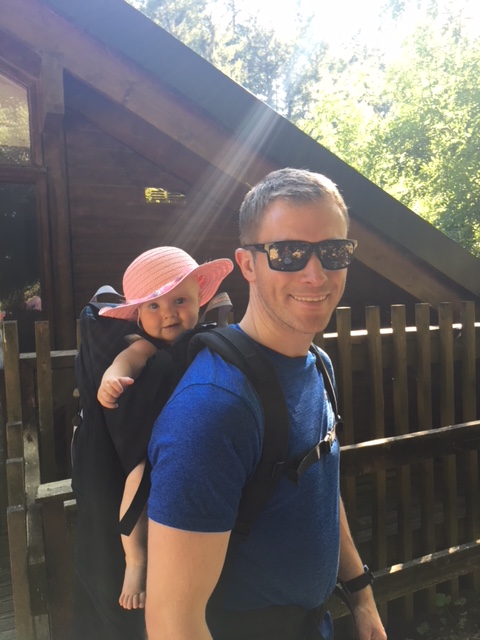