I vividly remember the call with my boss at the time.

I was about 6 months into my maternity leave and he’d just told me that he didn’t think my job could be done flexibly. I asked what that meant? Was I being fired? Made redundant?

No. The job was still there, but it was full-time in the office the other side of London. If I didn’t want to go back full-time, then the company would deem that I had resigned.

I had a six month old baby and was being asked to choose between him and my career.

I hadn’t found those first six months easy being a mum.

There is nothing easy about getting that small person out into the world, or getting them to sleep, feed, walk, talk, any of that…

My small person was born by emergency C-section and covered in eczema. He also had chronic silent reflux, all of which we learnt later on (Spoiler alert: he’s about to turn four and you’d never even know he had a shaky start.  So if you’re dealing with the same thing, rest assured it will be OK).

For the first few months we just about operated as human beings and managed to get him to do the same. We were back and forth to specialist clinics and saw so many people in white coats, all trying to find out why he wouldn’t stop crying, what this strange rash was and how we could get him to sleep for longer than 20-minute stints.

He was on some pretty heavy medication from week three and we couldn’t go anywhere without tins and tins of this non-dairy milk substitute, not that I felt like leaving home much anyway.

But I’d taken all the advice about maternity leave. And so when my boss asked me to come in to talk about future options – just three months in to my mat leave, I found some way of leaving the house for two hours and made the journey into the office. I didn’t want him to think I wasn’t committed or even worse, that I wasn’t coming back. At that point I was told there would be a part-time role coming up.

The news three months later that there was no part-time job available was devastating. I was still in the depths of post-natal anxiety caused by all the bumps in the road that we’d hit and with a pretty gruelling medical regime, constant night wakings and a number of food allergies, I just felt there was no way I was ready to leave him Monday-Friday.

So with my resignation email all set to go, all I had to do was push the send button. However it was my Dad who encouraged me to hold off and consider going back to work. He convinced me that my son would be fine. He told me that my career was part of who I was, just as my son was also part of who I was, whilst in very different ways, he reassured me I could have both.

It was my Dad who’d always been the one to encourage me to go after anything I wanted in life. Work hard and go for it. I was never brought up to think anything else, and there was certainly never any sense that I couldn’t have the same choices as my brother when it came to anything in life.

I decided to sleep on it and call my boss in the morning.

By an incredible twist of fate at the 11th hour, a new job came up in the same department, at the same level and as a job share. I will forever be grateful to the manager who took us in and gave us a chance to prove we could do it.

I returned to work full of trepidation, but left that company of my own accord 12 months later and with renewed confidence and determination to set up my own business and help women keep the careers they have worked so hard to build before having children; that invariably means by giving them some kind of flexibility at work.

I set up my Feel, my recruitment company, 15 months ago. We focus on PR, Communications and Marketing jobs because the industries are female-led at junior levels and less than 7% of jobs are offered with any kind of flexibility. 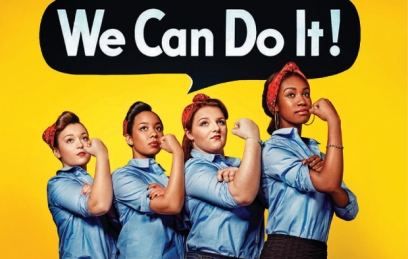 We are doing OK, but we cannot meet the demand from working mums.  So I also recently set up a website and Facebook Group where we post any meaningful jobs that are open to flexibility, I try and share what I know about recruitment and tips on CV writing or LinkedIn, basically anything that will help working mums go out and find a job. In the first four weeks we’ve become a community of nearly 1,000 working mums, and companies of all sorts are posting job ads almost daily at the moment. So it gives me great hope that things are changing. And the companies that change fastest will have the pick of the best, most talented people out there.

Because we all know that if you want something done, you ask a busy person…and I can’t think of anyone busier than a mum!

Find out more about what Jane is up to here: https://www.facebook.com/CareeringMother/