When you become a parent everything changes. The person you were, the life you led and the things that are important to you. Holly’s story of going from being very career driven to becoming a Mum and struggling to let her PR job go really resonated.

I’m really lucky because I love my job. I have been at the same place for 10 years. I started there on work experience and went on to build a digital marketing team from scratch. I built strong relationships with clients and colleagues. I quickly gained a lot of responsibility which meant I was fairly constantly in demand, whether to respond to a client, pitch for new business, help a colleague take a new idea to one of their clients, discuss with the directors what other services we could be offering. Every day was different and everyday was stressful but I thrived on the pressure. 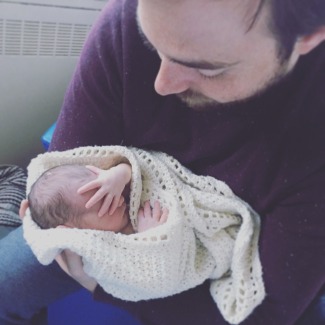 If you think clients can be demanding, wait until you have a child

In 2013 our first little human came along. I had no idea what being a parent really meant. I’d seen my cousins have kids and loved playing with them, making them smile, earning their love. What was different there though was that I got to leave. It wasn’t my responsibility to do bathtime, bedtime, go in at 1am, 2am and 3am with soothing words, to get up while it’s still dark and stare with a mix of tiredness and hatred at Mr Tumble.

I always presumed that babies knew how to sleep. There’s the saying “to sleep like a baby” after all. But that is false advertising!! Edie did not sleep unless she was being carried or breastfed…for 16 months!

For the first couple of months I would have to admit that I wasn’t great at my job. The sleep deprivation definitely affected my cognitive abilities. It was an emotional rollercoaster and there was always something to debate/research/fret about such as colic, chicken pox, bedtime routine, controlled crying…the list went on and on. At the same time though there were first smiles and giggles, the recognition of loved ones, and then first words/first roll/first solid food/first steps…each one amazing. 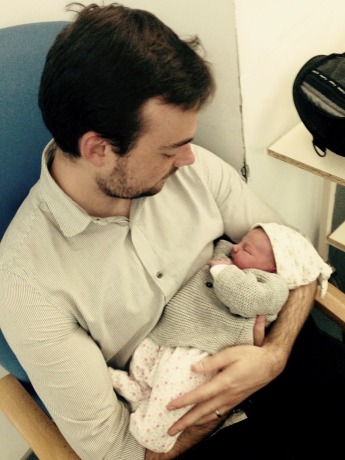 How being a Dad changed my priorities

That meant things had to change a bit with work. I had to be more disciplined about leaving work at work. That’s really tough in the “always on” world we live in. I remember one internal meeting where I was presenting an app we were working on and a WhatsApp message popped up with a picture of Edie’s dirty nappy!! Emma was worried about the colour I think or proud of the contents volume! After that I turned off notifications to most apps which made it a lot easier to focus at work and at home.

I also made sure that I left the office on time as often as possible. That meant being in the office less, fewer social beers and turning down some of the awards dos and networking opportunities. I had built my position partly on always saying yes and showing willing and then working out where the time would come from after. I was often one of the last in the office trying to get through the volume of work but I had to learn to delegate more. To let go of some control. That doesn’t come naturally to me but when it worked it was great. Others in the team were empowered and gained experience. I could stretch my time further and make it home for bath-time.

I have learnt to juggle and have launched my own circus

In May 2016 number two came along in the shape of Otis and a month later we moved house. I mean it was always going to be chaotic so why not go all out and get it over with in one go?! The coordination of newborn and new house wasn’t planned I can assure you.

We had decided to move out to Surrey for more space, to be closer to family and for the schools. This meant leaving our beloved South East London full of awesome coffee shops, pubs on almost every corner, some of the best London parks (Crystal Palace Park, Dulwich Park and Brockwell Park were our faves) and the friends we had made who had kids the same age.

Suddenly we were in a new place far from my office, far from what and who we knew. It was daunting but exciting too.

My commute jumped from 45 minutes door to door to 1.5 hours on a good day, and given that the Southern Rail strikes were in full flow, there were very few good days. I was averaging 4 to 5 hours of commuting each day. I was missing bath-time. I was missing everything. I was exhausted at home and at work. I wasn’t as present as I wanted to be, I was missing too much.

Emma and I were basically just passing children between us while the other one went to get some sleep. Don’t get me wrong there were some amazing moments as we saw our family grow, got to see how much Edie loved her brother, got to experience our hearts growing bigger than we thought possible with love for them both. But we really were juggling constantly and living in something that resembled a circus.

Flexibility at work can make all the difference

I came to the conclusion that things were not working. As much as I loved my job and was proud of what I had built I concluded that I was going to have to leave and find something closer to home. Luckily though I have some very supportive and understanding bosses. They fought for me, we talked about the balance I was trying to achieve and they came up with a solution.

I was offered the option of working from a remote office, close to home for three days a week, with two days spent in our office in London. That would mean I was at home a lot more. It has now been over a year and it has been life changing. 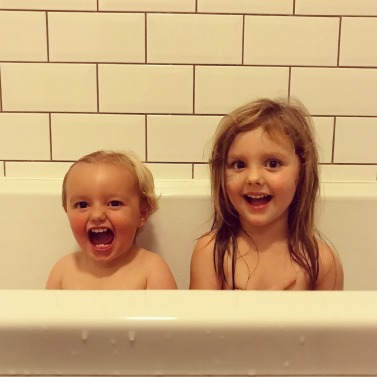 Everything feels more balanced. I feel less like Stretch Armstrong with clients and colleagues one side and my family on the other. Life is still insane. Two kids is so much more crazy than having one. In a way we look back and wonder why we made such a fuss, how we found it so difficult just with one child. Actually though that was our experience. We learnt a lot. We made mistakes. We got knocked down but we kept getting back up and worked out how to support each other while look after ourselves. Now we have a strong willed, stubborn, creative, kind and loving daughter and a confident, stroppy, hilarious and cheeky son who feel happy and safe enough to be themselves and who we will continue to support and love for as they grow and develop.

My job still has its moments where it starts to dominate my time but I try to make sure that when I’m with the kids that they have all of me.

My wife is a midwife. The two years of maternity leave that she has had means she is only now just progressing in her career. Watching her have to deal with the separation, the lack of confidence, the loss of self-identity, the tiredness…it’s been hard. For her to live it though must have been so tough, frustrating and exhausting. You working Mums and stay at home Mums have my utmost respect. To quote an amazing small business making lovely clothes for kids called Scamp and Dude that was founded by a Mum, “A superhero has my back.” It’s so true. The sacrifices and the juggling act that parents have to cope with is quite something. Luckily it’s got to be one of the most rewarding things we’ll ever do. 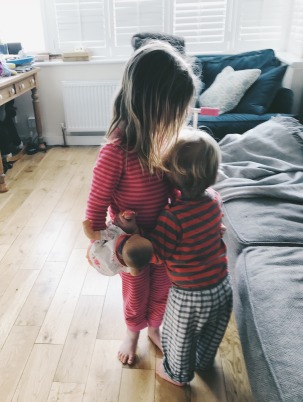 So if you’re in the early months with a newborn or if you have a ‘threenager just hang on in there. Each stage is a phase. It will pass and there will be moments where you can breath and see the light at the end of the tunnel. It’ll likely all go to shit again so if you ever feel like you are drowning please ask for help from friends and family, from strangers that are going through it too and from the amazing professionals we have in the NHS. But, don’t be afraid to also ask your employers. The modern workplace is changing and flexibility, balance and support are key to a happy and productive workforce. Hopefully you’ll be pleasantly surprised, but if you are not there are an increasing number of businesses who have clocked the opportunity employing parents can bring.

I am Craig Freeman (Rambling Dad), a parenting blogger in Surrey and I’d love you to come and find me on www.instagram.com/craigdfreeman and on www.rambling-Dad.com.